Stay tuned and check back as we continue to answer your youth sport’s questions! 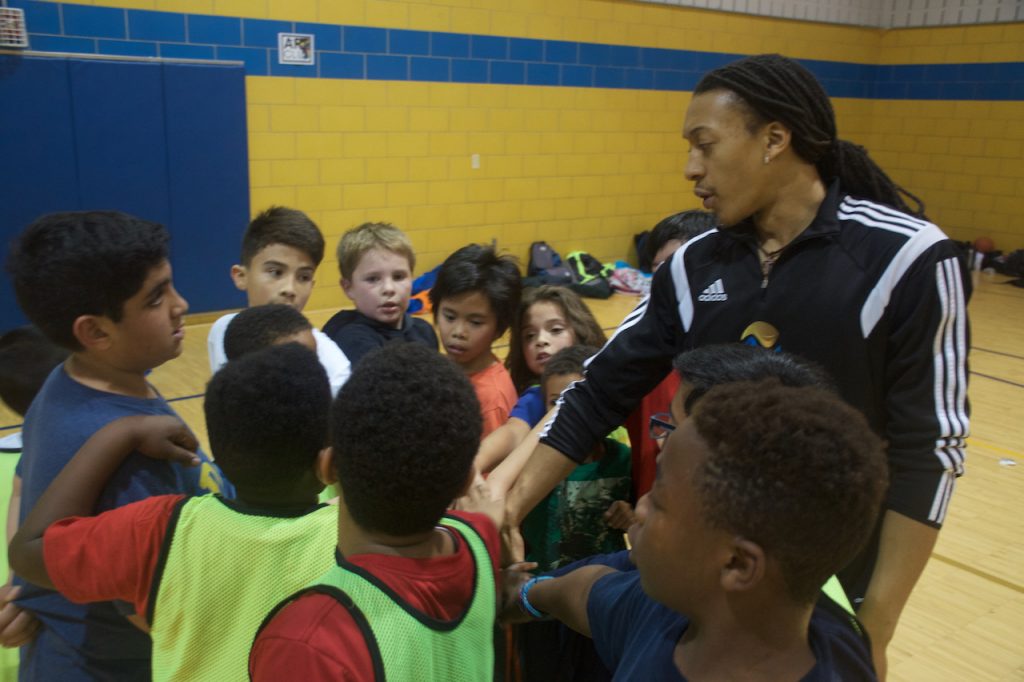 What’s the secret to great coaching or teaching?

As you can probably guess, the secret is, there is no secret. Coaching is a form of teaching that requires the mastery of a lot of small ideas through diligence and focus, which can lead to a positive result if constructed carefully.

Four significant elements determine great coaching:
– How you manage time
– How you give feedback
– How you build relationships
– And how you assess how much everyone is learning

Maximizing your time with the kids is how to achieve the ultimate goal: making your players better faster and over a sustained period. While it’s tough to define what the “right” or “wrong” thing is to do with your players at practice, you can measure the choice’s success based on its efficacy.

When you couple these activities with the appropriate positive feedback approach, the result is players are appropriately challenged in a positive environment with positive coaching. These happen to be the three most important factors of fun for kids, with fun being the primary reason kids play sports.

When you’re teaching correctly, the relationships follow. And your ability to humbly reflect, coupled with a burning desire to grow, all come together to form a great coach and an optimal environment for the players.

There’s a moment when you realize that your child has some interest in soccer.

You’re ready to find them a soccer team but don’t know where to start. Whether you realize it or not, this is the moment the “talent pathway” of youth soccer has entered your life.

So that we’re all on the same page, we’ll define the “talent pathway of soccer” as the structural format of development and programming for players. In other words, there are many different philosophies and program types that have been created to develop youth soccer players. Since this can take various shapes and forms, it’s important to understand them so you can better decide where to place your child.

Much of this is a personal preference for both you and your child, so we’ll look at some of the basics.

Convenience
How far are you willing to travel to games and practices?

Recreational teams are typically local, requiring less than 10 minutes of travel time to practices and games. You’ll probably play on the same two fields for the entire season, and you may have some teammates who live in your neighborhood or go to your child’s school.

Smaller club teams can be found all over the county, so there’s probably practicing under 15 minutes from your house. Most likely, they’ll be playing in a league that will require 10-30 minutes of travel to games on the weekends, with competition coming from around the county.

Large club teams like Bethesda and Potomac soccer practice where their names indicate they do! Practices might be very close or very far depending on where you live. For games, expect some travel, quite possibly between states. More on that below.

Time commitment
How much time are you willing to invest in weekly practices and game day travel?

Since recreational teams are local, the time commitment involved is only about 2-3 hours a week with one practice and one game.

Clubs are a bit more complicated since they usually have multiple teams for each age group.
The club will assess your child and make a team assignment so you could end up a local league, like MSI Classic or SAM Soccer, or a more regional league like NCSL or EDP’s upper divisions. This is important because each one has its own set of Game Day obligations. For example, SAM Soccer plays all of their games in Germantown, whereas NCSL may have you traveling to Virginia on weekends.

For club team practices, expect two to three practices a week for roughly 1.5 hours per practice. In total, you can expect approximately 5 hours on the field a week, not counting travel time to and from games and practices.

For a great breakdown of the local clubs and teams, check out the D.C. Metro Youth Soccer Guide by the Ranting Soccer Dad.

Coaching
The coaching styles and philosophies vary widely, and you can read more about that here. But for now, we’re going to focus on who is coaching your child, not the how.

Recreational leagues are coached by volunteer coaches – usually parents. There’s typically little to no training or oversight when it comes to these coaches. The goal is accessibility, community, and fun.

One prominent “celebrity” coach almost always is the founder of smaller club teams. Note that these coaches typically can only coach 2-3 teams, so it’s worth asking about their development and training process for their other coaches. These will vary widely from club to club.

Large club teams will typically use a combination of former players and coaches dedicated to full-time coaching. While competition for these jobs is high, although due to the number of teams these clubs coach, coaches’ experience level will vary widely, particularly at the younger age groups.

There are a few things to look for when assessing your potential coach. U.S. Soccer teaches a standard certification, so often, a club’s website will list these licenses. This is an excellent time to check if the club lists who their coaches are. If the coaches don’t have licenses, you’ll want to see how much teaching and coaching experience they have. Don’t spend too much time on the coaches’ playing backgrounds because a high level of playing does not translate to better coaching without experience. For a competitive club team, you’re going to want a coach who’s been coaching for at least two full years – the more experience, the better.

Club fees
Lastly, there’s the cost of the team. There have been many articles about the “play-to-pay” model of youth soccer, so we won’t cover that, but you can read more about that here, or here.

Generally, recreational soccer will cost anywhere from $50-150 per season. Smaller clubs will charge anywhere from $250 – $900 a season, with larger clubs coming in at $800 – 1200 per season. We’ll define a season as fall, spring, summer, or winter, although many clubs will have you commit to a year with the team calling the year a “season.”

So, look out for those obligations, and keep an eye out for any additional “team”, “club”, or equipment fees.